* ... SCAM: Gilbert Alemao shared with me yet another scam, this one an email from "The Internal Revenue Service" informing him of a $1,900 refund. The catch? It asked for all his personal

information, bank account number etc. "I wasn't born yesterday but I have to admit the attachment is pretty impressive and official-looking. It could affect someone less wise."

* ... GOOD FORM: Here's a good example of good form thanks to Jim Walker. "My daughter,  Jill Walker, and her daughter  Kristen,  found out this week that Bakersfield niceness can cross state boundaries. While touring the University of Oregon campus recently,  they decided to visit the track and field facility where they spotted Blake Haney,  the former Stockdale High track star who now runs for the Oregon Ducks. When he found out they were there and had Bakersfield ties he interrupted his practice and spent time visiting and posing for pictures with them. Both Jill and Kristen were impressed with what a nice young man he is." Jill, by the way, was a standout distance runner for the Bakersfield High Drillers in the late 1970s. Her daughter Kristen is a member of the Valencia High track and cross country teams. 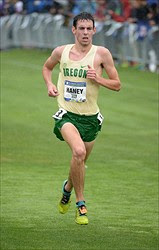 * ... MORE GOOD FORM: Local attorney Will Winn was getting ready to check out at Lowe's on Columbus the other day when the cashier asked if he was a veteran. "I don't wear any clothing or insignia to signal that I am a SeaBee Viet Nam vet, so it kind of took me back. I answered yes and showed her my recently issued veteran's card that any veteran can acquire from Kern County veteran's services (headed up by Dick Taylor).  She replied, 'You will receive a ten percent discount.'  She continued to say that Lowe's gives this discount any day and all days to Veterans who just need to ask for it."

* ... BAD FORM: There is one thing you can always count on if you live near the bluffs off Panorama Drive: you awake to find literally dozens of discard fast foot cups and wrappers in the gutter. Is it too much to ask for folks to take their trash home with them?

* ... DROUGHT: Here is what the drought is doing to us. From reader John Pelham:" I can't water my lawn but the guy two houses down is power washing his house. I called to him to stop wasting water. He flipped me off."'

* ... ROTARY: Barry Rosenfeld shared this bit of good news: "Did you know it has been 17 years since a Rotary District 5240 Governor came from Bakersfield?  I'm letting you know because Bakersfield Twilight Rotarian Jim Bell becomes District Governor on July 1! All Bakersfield area Rotarians are welcome to join in with the excitement on July 8 at the Bell Tower Club from 5:30 p.m. to 7 p.m. Along with Rotary fellowship, cocktails and hor d'oeuvres, the official banner will be unfurled; 'Home Club of District 5240 Governor.'" 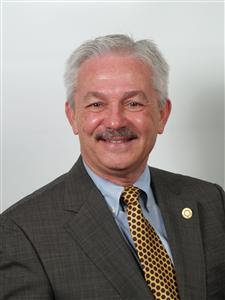 * ... TRAFFIC OFFICER: And Betsy Gosling laments the lack of Bakersfield police officers on the road dealing with violations. "I'm out and about almost every day and the illegal lane changes,  drivers driving as if there is no one else on the road, besides running red lights and going through stop signs, is unbelieveable and very dangerous. Too bad I can't call in a citation to the BPD.  Police officers have more serious crimes to investigate. I understand; but, we need the traffic officers . Also, it's obvious who's not following the watering rules. Their lawns are green.