Will the rush to rid the nation of symbols of the Confederacy extend to Texas, wrested from Mexico in what Ulysses grant called an 'unjust war?' And John Fanucchi says farewell at Garces Memorial High School

* ... HISTORY: The political fracas over the Confederate flag has led to a new movement calling for the renaming of every street, school or county in the South named in honor of Confederate war

dead. So where does all this end? If this country is going to embrace a long apology tour, we have a ways to go. Consider Texas, which was wrested away from Mexico in what Ulysses S. Grant called "one of the most unjust" wars "ever waged by a strong nation against a weaker nation." In Grant's view, the United States provoked the war against Mexico to unjustly seize Texas much as "European monarchies" expanded years earlier. So will the rush to rewrite history involve renaming Texas counties that bear the names of its founders like Sam Houston and Stephen F. Austin as gesture to people of Mexican heritage? And so it goes. (file photos of Grant and Houston) 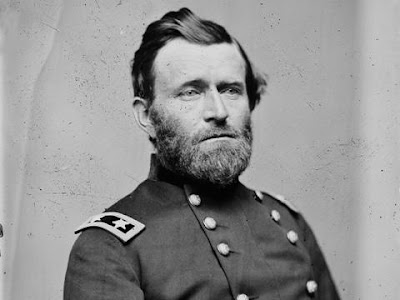 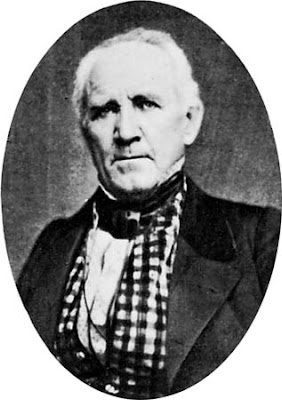 * ... SPOTTED: I spotted this on Twitter: "I tend to say 'hello' to animals and avoid eye contact with humans."


* ... FANUCCHI: Here's a toast to John Fanucchi, the long-time head of Garces Memorial High School who is retiring as president after 40 years with the private Catholic school. For anyone whose children went to Garces (as one of mine did) Fanucchi was the one constant on campus, a tireless cheerleader and a favorite among both students and parents. In his farewell message he said this: "Your gifts, your expertise, your selfless time, especially your prayers - have made this school the special place it is today. Had it not been for you, the students and families whose lives you have touched over these many years would not have been able to experience all that they have.  I know that they will be forever appreciative. Please know that I will forever be indebted to you for all that you have done for them and for me personally." 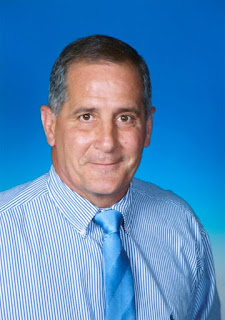 * ... GOOD FORM: Bailey Abbott wrote to talk about all the trash left on the Panorama Bluffs, and the good folks who do their best to keep it clean. "The flip side to those folks are people like Roxana Francis who routinely walk the Panorama Bluff trails picking up after the less civic mined. This diminutive grey haired gal can be seen frequently bent over picking up and bagging the trash left by those who (apparently) think the world is their garbage can. Three cheers for Roxana and so many others that contribute to the common good."

* ... DROUGHT: And Nancy Bryant contributed this about our long drought: "I just read the blurb about one neighbor yelling at his neighbor to stop power washing his house, and in return getting flipped. People with smart phones can easily download the Bakersfield mobile app. Take a picture of violation, and report it on the app. It is user friendly. I reported a water violation, and it was addressed in person the same day. So easy, and it prevents a possible nasty confrontation."

* ... MORE DROUGHT: Said Aneta L. Adams: "Concerning Betsy Gosling's last comment, '...it's obvious who's not following the watering rules. Their lawns are green' I beg to differ with Ms. Gosling. Several months back, you published an interesting article by Kathy Robinson of Robby's Nursery. She indicated that you can certainly have a green lawn in this drought using much less water and watering only two or three times per week. It's knowing WHEN to water and how much.  I've done just that.  I've cut my water bill by at least the required 36 percent, I've had my sprinkler system repaired and replaced my control box, I put Gromulch in my flower beds in March, and my yard is looking better than it has in years. By watering correctly, I've also reduced the amount of weeds in my lawn, and the Bermuda is healthier. We don't need neighbors reporting each other to the 'water police' because of misinformation."

* ... BAKERSFIELDISM: You may be a Bakersfield old timer if you "remember stopping for a train at Banducci's Corner, Fairfax, Sterling or Oswell and watching each open boxcar to see if a 'bum'; was inside. 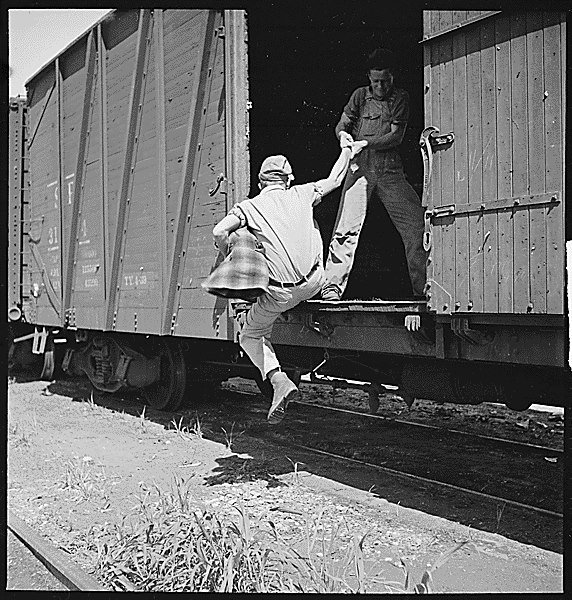