City Councilman Terry Maxwell gets some love, and what exactly did House Speaker Paul Ryan order for breakfast at Milt's Coffee Shop?

* ... MAXWELL: When City Councilman Bob Smith endorsed Andrae Gonzales in his race to topple incumbent Terry Maxwell in Ward 2, it drew this response from reader Sue Castro: "Well, I

had to choke back some phlegm when I read that Bob Smith, as well as Alan Tandy, find Councilman Terry Maxwell not to their liking. Since Bakersfield's puffed up city manager likes to have his way, I can understand why a decidedly un-yes man like Terry Maxwell would be a thorn in his side. I guess Andrae Gonzales says 'si' with more ease!" 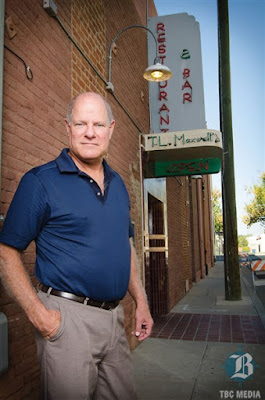 * ... HOUSE SPEAKER: I was happy to field questions from readers and friends about my breakfast with House Speaker Paul Ryan and Majority Leader Kevin McCarthy at Milt's Coffee Shop the other day. But I was surprised at the most common question: what exactly did they eat? So here it is: Ryan, a fitness freak, enjoyed a Milt's omelette topped with avocado and hot sauce with  hash browns and a coffee. McCarthy eschews coffee and opted for a glass of water, two eggs overlight (no sides) and a small bowl of fresh strawberries. 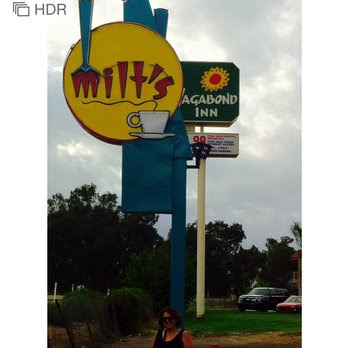 * ... BAD FORM: In the privately owned hills above Hart Park a man has towed a backhoe and is churning up the hills to create motorcycle jumps, all illegal of course, but there you go.

* ... ROADRUNNERS: Congratulations to CSUB basketball coach Rod Barnes for being named coach of the year in the Western Athletic Conference (WAC). And how great would it be for Barnes, his team and the city of Bakersfield if the Roadrunners make it to the NCAA tournament and compete in March Madness? Follow the team as it heads to Las Vegas for the WAC tournament. 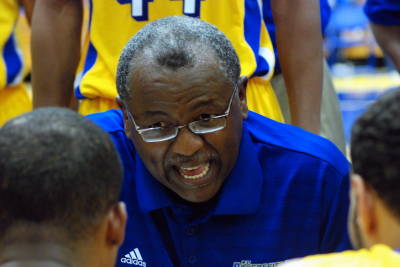 * ... LIBRARY TAX: It looks like an uphill fight to pass a local tax to fund our library system, which distresses folks like my friend Ken Barnes. Said Barnes: "A note to the naysayers against the one-eighth cent sales tax... Surely we can all afford an extra 'one cent' for every
eight dollars we spend to help out our local library department. This is really just a common sense tax.  Too bad more people don't use common sense much any more."

* ... SMOKERS: Stephen A. Montgomery wrote noting a pet peeve of mine: "Noting the observation by guest columnist Paul Netter referencing the risks to wild condors caused by micro-trash over time I note smokers I’m stuck behind in traffic who, after finishing their smoke, drop the butt out their car window. I’ve never seen a smoker in traffic when finishing their smoke ever keep the butt inside their car but in every case drop it in the street. This sense of entitlement and lack of civic responsibility by smokers who, in their denial of the facts of the outcome of the accumulated distribution of such trash, is frustrating. They all deserve a 'dope slap' for their arrogance and stupidity."