* ... PAT CONROY: Among the passings recently was Pat Conroy, a fellow native Southerner whose semi auto-biographical novels like "The Great Santini" and "Prince of Tides" reflected the joys

and torment of growing up in Georgia and South Carolina. In his obituary in The New York Times, he gave advice that all great writers appreciate: "One of the greatest gifts you can get as a writer is to be born into an unhappy family," he said. "I could not have been born into a better one. I don't have to look very far for melodrama. It's all right there." 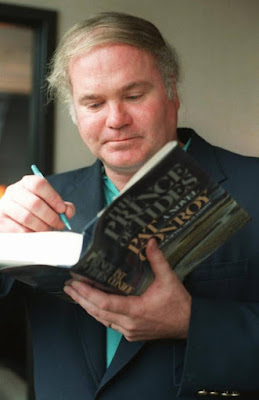 * ... CITY COUNCIL: Ward 4 City Councilman Bob Smith has wasted no time in endorsing Andrae Gonzales in his bid to unseat Terry Maxwell in the Ward 2 race. Maxwell's opposition to the widening of 24th Street and and his perceived prickly personality has earned the enmity of some members of the council, as well as City Manager Alan Tandy. In an email to friends, Smith urged everyone to attend a fund raiser for Gonzales this Thursday. 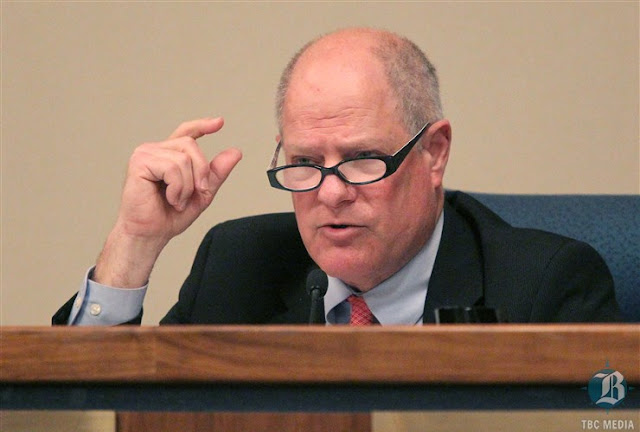 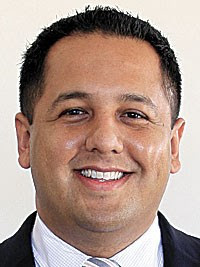 * ... FOX THEATER: There has been a lot of buzz recently about unruly guests at concerts, including here at the Fox Theater. From my mailbag come these responses: "I stopped going to the Fox Theatre when I went to a concert there for Merle Haggard," wrote Cheryl. "The crowd was so loud and obnoxious and drunk that he stopped the concert and told them if they didn't behave he wouldn't play anymore. That did it for me. That would never happen at the Crystal Palace. They need to fix this at the Fox."

* ... MORE FOX: But Carolyn Mack added this: "My husband and I attended the same Jennifer Nettles concert as the person who wrote to you under 'Bad Form' in today's paper. We had no problems. There were many people who were clearly enjoying themselves and having liquid refreshment, but no one near us was rude, drunk, or obnoxious. It was a Saturday night, there were three opening acts, and Ms. Nettles did not appear until two hours after the concert began. Plenty of time to become unruly! We enjoy the venue and hope concerts there will continue." 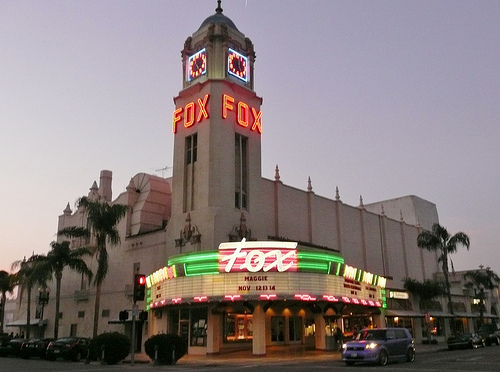 * ... FOX LOVE: And finally Amy Knight weighed in as a lover of the Fox: "It broke my heart to read the 'bad form' letter about the unfortunate experience at the Fox Theater.  I have lived in Bakersfield for over 50 years and in my younger days, I always loved going there when it was a movie theater... The management for these shows has changed hands in the past years and perhaps needs to look more closely at how they deal with people who disrupt the show for everyone else... I worry that attendance at local events will plummet even further.  Please don’t let one bad experience paint the picture of the Fox. That kind of attitude is like accepting the image of our town as filled with redneck illiterates. We need to support local arts, theater and musical events. The few rowdy unruly people are not representative of us."

* ... NOISE POLLUTION: Allen Byrd wrote to call out the Express Transit buses that operate around town. "Express Transit continues to blast their air horns multiple times per day to announce their arrival to drop off and pick up clients at the care home on Columbia Lane despite requests over the years that the horn honking cease  I suppose the drivers would think about the situation differently if they lived near a residence caring for the disabled and they had to listen to annoying commercial air horns."

* ... CRIME: From local resident Chris Brakebill: "Seems that smashing car windows is on the increase here. Several cars, including ours, had windows smashed while parked outside of Bakersfield Swim Club one night. It’s a good idea to not leave anything you don’t want to lose…keys, garage door openers, registration, watches, glasses, etc. The time of thinking 'it won’t happen to me' is over."
Posted by Richard Beene at 12:52 PM