Is Bakersfield a destination home for millennials? Judi McCarthy pledges $400,000 to the Women's and Girl's Fund and we hear the story behind the parakeets in town

* ... MILLENIAL LOVE: What kind of cities attract millennials? If you didn't guess Bakersfield, you would be wrong. That's right, Bakersfield recently made a top 10 list of destination cities for millennials. Published by the National Association of Realtors, Bakersfield

joined nine other metro areas that are attracting young job-seekers like never before. The reasons: a robust job market and the low cost of housing. Other factors: tons of live music and the history of the Bakersfield Sound, and terrific family run restaurants and Basque food.

* ... KERN COMMUNITY FOUNDATION: Hats off to Judi McCarthy who made a very generous donation to the Women's and Girl's Fund (part of the Kern Community Foundation) to improve the lives of young women in our community. McCarthy was one of the founders of the fund but has since moved to Austin, Texas, but her heart remains here and she returned for a luncheon at Seven Oaks to make a special announcement. McCarthy pledged $400,000 for a two-for-one matching grant for every dollar contributed to the Women's and Girl's Fund. That's right, a $400,000 pledge with the hope of bringing the fund to a balance north of $2 million. 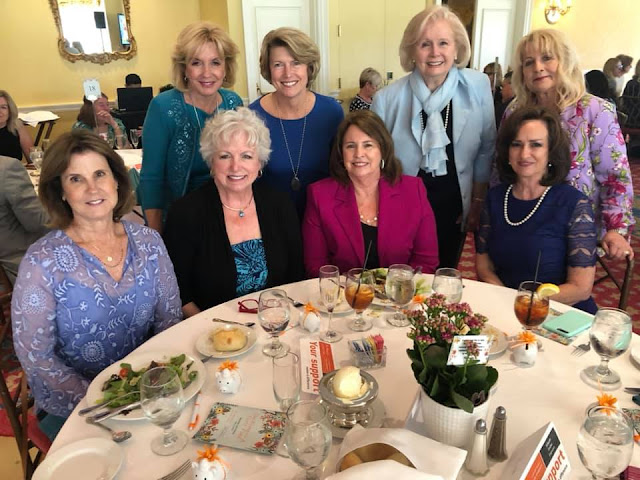 * ... PARAKEETS: Did you know Bakersfield is home to thousands of wild green parakeets? If you live downtown, this will come as no surprise. They are commonly spotted not only in the downtown and Westchester neighborhoods but in Oleander as well. It was good to see that Valley Public Radio sent a reporter to Bakersfield, who spotted the wild birds in Beale Park. Read the report here. An excerpt from the report: "To find out I met with someone who’s studied this population of birds for decades. Alison Sheehey is Master Naturalist who focuses on the Southern Sierra and Kern County. She says it all started with a weather event. 'In 1977 there was a huge windstorm that hit,” Sheehey says. “The winds were in excess of 100 miles an hour and it blew apart an aviary, the Happy Bird Aviary." Two breeding pairs of the birds escaped. “There were a lot of other birds that escaped, but it seemed like the Rose-ringed parakeets were the only ones that successfully started breeding,” Sheehey says. Almost 40 years later the birds are thriving in Bakersfield because of the similar temperature and precipitation to India where they’re from. Sheehey estimates there are 3,000 living under the protection of palm fronds at night. By day these birds roam the city hunting for nuts, stone fruit and flowers to eat. Sheehey doesn’t think these birds will leave the city limits even though they are agricultural pests in other counties. 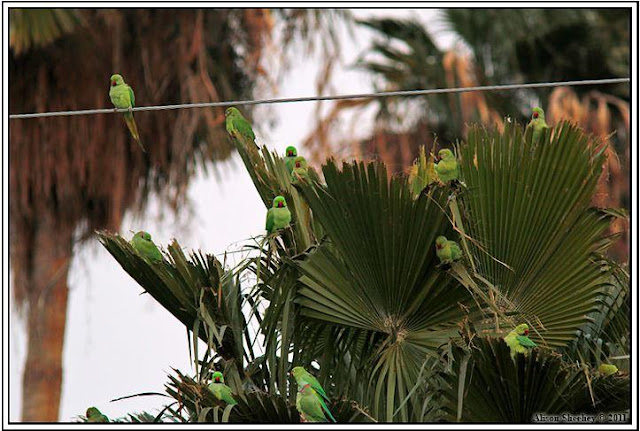 * ... SPOTTED ON TWITTER: "Hey how come when Spider-Man shoots web from his hands, he's called a hero and when I shoot white stuff at someone, they call the cops. Is it because I'm brown?"

* ... MORE SPOTTED: "Just saw a woman with a 'Dog Mom' bumper sticker. And while the kid in the back seat wasn’t great looking, I still thought it was kinda harsh."

* ... ARNOLD: Remember a couple years ago when it was revealed that Arnold Schwarzenegger had an affair and his love-child son was living in Bakersfield? Well the boy is all grown up and recently graduated from Pepperdine University. Here is a photo of his son, Joseph, and Arnold on graduation day. Check out the resemblance. 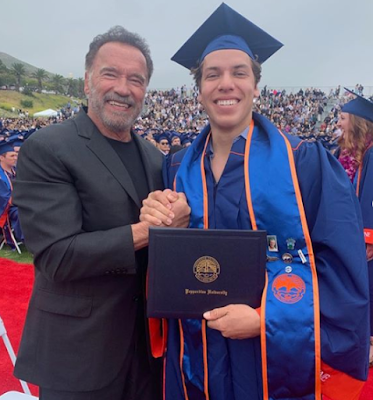 * ...MEMORIES: How about this old picture from "two bit" hill in the Taft oil fields? 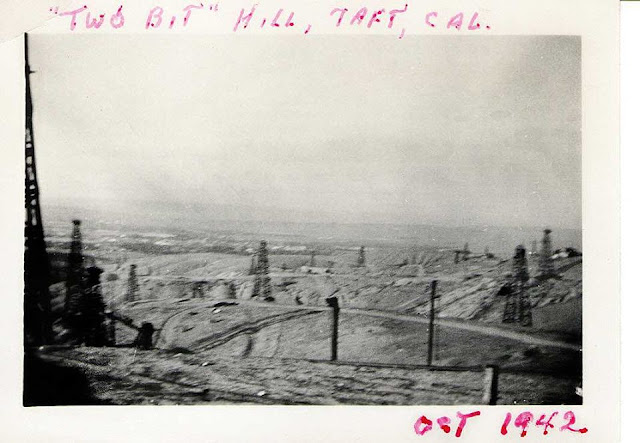