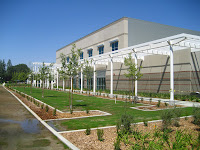 It's a good day for the students out at Cal State Bakersfield where the new Student Recreation Center has officially opened. The school held a nice little dedication ceremony under a warm sun with the sparkling new "Rec" gleaming in the background. I use the term "the Rec" because student leaders said that's how it is already known among students, who voted several years ago to help fund the center themselves via a student activity fee. We did a quick tour and the place is stunning: four full indoor basketball courts, an elevated cushioned track, tons of cardio machines before a tall bank of flat screen TVs, karate room, cardio rooms, personal trainers available, a rock climbing wall... pretty much anything a student could want. Facilities like these, albeit on a much grander scale, are the norm at the large state universities and students have come to expect them as a place to stay in shape and socialize. This is yet another important step on President Horace Mitchell's stated quest to bring an authentic student experience to this largely commuter school. It seems to be working: as we toured the Rec Center there was evidence that "Greek week" had just ended. Photos below of inside "The Rec" and evidence of Greek week. 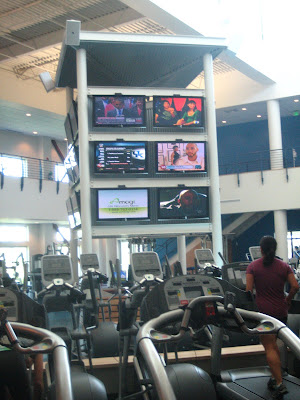 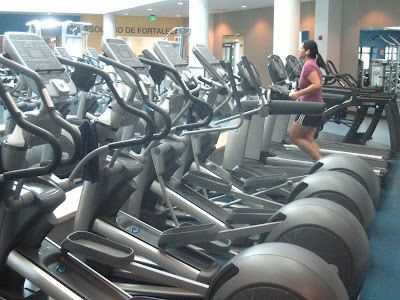 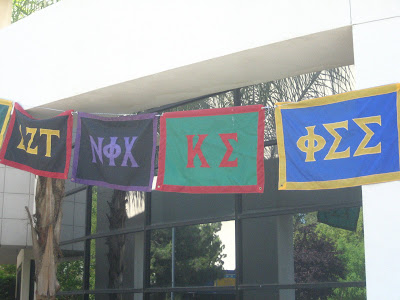 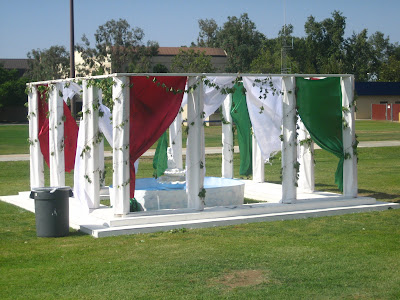