The journalism bubble: why the newsroom and reporting will never be the same 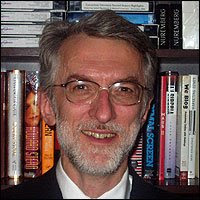 Came across a thought provoking piece on the state of journalism today, penned by none other than Jeff Jarvis, the prolific and insightful media blogger who is constantly challenging the "mainstream media" to change or risk total irrelevance. (see the entire take on Jarvis' blog here) Jarvis argues - and I agree here - that old media is dying because most mainstream journalists spend their time "churning commodity news" that is of little value to readers. Journalists hate this of course, because most have an "inflated" view of themselves and their work. From Jeff's blog, quoting another blogger Robert Picard:

"Well-paying employment requires that workers possess unique skills, abilities, and knowledge. It also requires that the labor must be non-commoditized. Unfortunately, journalistic labor has become commoditized. Most journalists share the same skills sets and the same approaches to stories, seek out the same sources, ask similar questions, and produce relatively similar stories…. 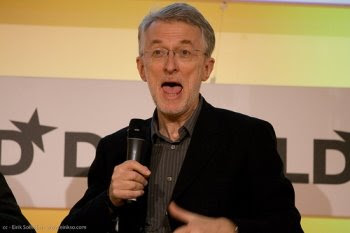 Well said. Here's my take on this: back in the day, when advertisers and readers had fewer options, it was okay to churn out endless streams of agenda-driven city council or government stories, or soft features, because readers had no choice. Or it was okay to view the world - and write stories - about what interested you because you (the reporter) thought it was important. No one paid attention to marketing or reader interests because you didn't need to. You got paid and rewarded anyway. And, the process dictated sameness. But now the market demands expertise, impact and content targeted at specific interests. Journalists hate this because it diminishes what they do, what they find interesting, but readers have already voted - by going to sources where they find value. Some of this stuff is simple: when dad eats his son's eyes out in a drug crazed stupor, that's news. Burying it inside because you don't want to sensationalize it and then running commodity wire copy on the front - when reader interest dictates otherwise - is simply suicidal. Short of that, a city council "advance" story written just to fill the pages is also commodity drivel that has little or no value. Just because you cover city government and know people, and you have an interest in it, doesn't mean it's interesting or has value to anyone else. More from Jeff:

"People — particularly if they’re under 40 — have news priorities other than those of the editors of The New York Times or producers of the “NBC Nightly News.” A new tablet from Apple — or last night’s episode of “Gossip Girl” or the adventures of the hipster grifter — is a bigger deal than the latest petty scandal in Albany. You think that’s a damning indictment of modern society and a recipe for idiocracy? Fine. Start a nonprofit to cover all the local-government news you think a healthy society needs. But don’t expect advertisers — or commercially-minded publishers or readers, for that matter — to share your interests. . . .

"When Gawker started, there was a surfeit of information and not nearly enough context — so we provided that, in the form of links and occasionally snarky commentary. But now the balance has shifted. There are pointers to articles on the blogs, Facebook, Twitter, Digg. And all these intermediaries are looking for something to link to. If a good exclusive used to provide 10 times the traffic of a standard regurgitated blog post, now it garners a hundred times as much. That should be reassuring to people. The content market is finding its new balance. Original
reporting will be rewarded.

So where does that leave old school journalists? Some tips:
* Get over thinking that the work you do is important. It is only important if the marketplace values it.
* Stop writing for what interests you and write for your readers.
* Ask yourself: how well do I really know my market and my readers?
* Please, no more hiding behind "awards" from your local or state press clubs. These are given out by your peer groups that often have little relevance to readership or impact.
* The old days of writing "DBI" stories (dull but important) are over. If it's really important, it won't be dull. Dull and sameness equate to death.
* Recognize there will be fewer of you and you will have to become more specialized. And that doesn't mean you "specialize" in city government because you like it but rather you specialize in finding content that has real value to your readers. Your work must have impact.
* And lastly, accept the change or find other work.
Posted by Richard Beene at 6:58 AM

Thanks, Richard. Insightful. All about the affect on one's customers' perception of value...uniqueness v. commoditization. Applicable beyond the journalism industry. Applicable everywhere...but the entitlement business.

Probably a huge housecleaning is necessary at most newspapers, from the top down, to try to re-energize and reform the product. How can someone who has been running a newspaper in the same way for a decade or more make this kind of paradigm shift? Impossible. If they could have done it, those editors would have done it. Get the young people, the ones who have been running the on-line sites to take over. It's time for the old folks to move aside.A new generation has to do it, the kids who are 35 and younger.

In my six years at The Californian, we went through several "housecleanings" in the form of newsroom reorganizations, creating beats such as neighborhood reporters to address specific audiences, creating a Web team to take the newsroom to a Web-first operation, teaching all the reporters to do multimedia, trying niche products such as an afternoon PDF, and using data from the company's market analysis team to target content toward audiences such as "newcomers" and "assimilated hispanics." The problem is that newspapers lump its readership into one category, "READERS." What to "READERS" want? Well that question has a different answer for each of your thousands of readers. You just aren't going to be able to serve them all. Unless newspapers disband completely and turn into several niche products, they will continue to fail at trying to be all things to all people. The other conundrum is that more products mean the need for more staff, not less. And that's very difficult in this economic climate.