From fashion week to baby carrots to representing Bakersfield at the U.S. Naval Academy

Putting the spotlight on people and things around our community...

* ... THE DISMAL STATE OF CALIFORNIA: Was interested - but not surprised - to read the results of a statewide poll showing Californians have lost faith in their state government. The survey was done by the Public Policy Institute and was carried by the Los Angeles Times and The Californian. It's good to know I'm not alone in having lost almost all confidence in the legislators in Sacramento to work together to turn things around. The poll found that 73 percent of those polled said state government was run for the benefit of the few and only 23 percent of Californians felt the state government would "do what is right." Is anyone surprised by this?

* ... TEN YEARS OF SANDWICHES: The Sept. 11 anniversary came and went as the nation remembered the 2001 terrorist attacks. But for Jeff Simpson 9-11 has a happier meaning. Jeff and partner Gary Blackburn own Sequoia Sandwich Co., the popular Bakersfield deli with three locations locally. (They opened a fourth in Clovis about a year ago) Jeff told me Sept. 11 marked their 10-year anniversary in business in Bakersfield. Jeff and  Gary were bankers before getting into the restaurant business and in the past decade have become firmly entrenched  in our community. Jeff also revealed his first date with wife Karen was on a Sept. 11, another reason why 9-11 has special meaning in his life.

* ... FASHION WEEK AND THE GRIMM GIRLS: It's fashion week in New York and that likely means sisters Melissa and Catie Grimm are somewhere in the Big Apple taking in the new designs. The Grimms are scions of Grimmway Farms, the world's largest carrot producer and one of Bakersfield's most respected family owned business institutions. The sisters run Carrots, a high end clothing boutique in San Francisco's Jackson Square, located at 843 Montgomery Street. I visited Carrots' website recently and thought it was stunning. If you'd like to check it out, do so here. 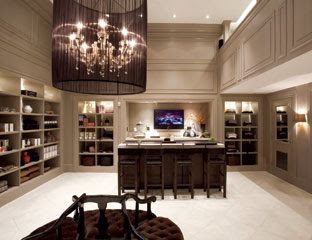 *  ... LOCAL KID SHINING AT THE NAVAL ACADEMY: It was nice to get an email the other day from Dave Ewert, who joined  with me in coaching a girl's National Junior Basketball (NJB) team a few years back. (We had a less than successful season but we had the best girls.) My daughter Hannah and his daughter Carolyn were teammates and went their separate ways: my daughter to Stockdale High and eventually the University of Michigan and his to Centennial High and eventually to the Naval Academy. Was pleased to hear that Carolyn is now in Annapolis playing volleyball and succeeding beyond all expectations. I picked this up from the Naval Academy website after a recent game:

Dave said he and his wife will be going back for a football game this fall and to visit Carolyn, another local product making the old hometown proud.
Posted by Richard Beene at 1:29 PM