Some perspective on college tuition, the man who fathered 1,000 kids and bringing back the Bakersfield Business Conference

* ... BUSINESS CONFERENCE REDUX? Interesting to read in The Californian that local attorney George Martin is resurrecting the Bakersfield Business Conference, once the premier "must see" signature event in town. The business conference had a great run but when ended in 2005, truth was it was well past its prime. In fact, it had been almost comatose the last few years. Like a lot of things, folks simply grew weary of the same speakers and the same theme year after year. (It also lost its sense of humor, opting for too many F.W. De Klerks and too few Jay Lenos or Rich Littles) The business conference was not the only event that has run  its course (the Beautiful Bakersfield awards and the Garces Gala are two others that need serious makeovers, in my opinion) so let's hope George has the vision to make it something more than  listening to retired prime ministers followed by fireworks and a do-wop  '50s band in the evening. 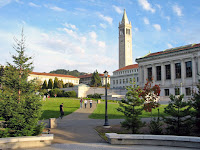 * ... SOME PERSPECTIVE ON TUITION HIKES: Students at CSUB and across the state are understandably upset  at the seemingly endless tuition hikes they've faced as the state and the Regents deal with this economic mess. But some perspective is in order. Even with the latest increase, the average in-state student in the Cal State system will be paying $4,827 a year (check out a more complete report here). Now I recognize that's not peanuts, but despite all their issues California's public colleges and universities remain some of the best in the world, and at $5,000 a year, that's a bargain. Even the more expensive and selective UC system is looking at tuition and fees of around $8,900 (full report here) but when you consider schools like UCLA, Cal Berkeley and UC Santa Barbara, it's still a bargain. As a comparison, check out this chart here that shows comparable tuition and fees at public schools in other states. Some examples:

* ... FAREWELL TO ROGER POPPEN: Old friend Holly Culhane tipped me to a retirement celebration honoring one of the real institutions in our community, Roger Poppen of Laurelglen Bible Church. Roger has been head pastor over at Laurelglen for the past 20 years, overseeing the growth of the church from 600 attendees to more than 2,000 on any given Sunday. (The church is located on Ashe Road) The farewell for Roger and wife Naomi will be held this Sunday at 10 a.m. at Centennial High School. For more information call 661-833-2800 or go http://laurelglen.org. Best wishes to Roger and Naomi in this next chapter of their lives.


* ... MAN WHO FATHERED 1,000 CHILDREN: Enjoyed hearing from Jenna Odlin, who was naturally proud to report that her father, lawyer Marc Widelock, was being honored for his role in helping local residents in the adoption process. According to Jenna, Widelock will be the recipient of the United States Congressional Coalition on Adoptions "Angels in Adoption" Award.  The honor is bestowed on individuals by Congress who have demonstrated a commitment to improving the lives of children through adoption. Said Jenna: 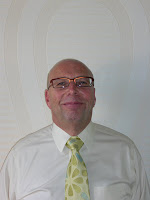 " He didn't do this all by himself; he had the help of birth parents (those who choose to place a child for adoption), surrogates, egg and sperm donors, prospective adoptive parents (families who wish to adopt), and intended parents (parents who have contracted with a surrogate)."
She said her father's practice focuses on family formation (e.g. Adoption and Alternative Reproductive Technology) and Juvenile Law. and has been involved in over 1,000 adoptions, helping to form families from Maine to Alaska and "does it all from his Bakersfield office!"
Posted by Richard Beene at 2:09 PM

George Martin has selected the date but not the location? Will be interesting to see how that will work.