Does the government really need to know if we have trouble bathing? The Census Bureau believes it does, and if you don't answer the question, prepare for a $5,000 fine.

* ... CENSUS SURVEY: I just recently learned of something called the American Community Survey, a controversial statistical survey of 250,000 Americans funded by the U.S. Census Bureau. The survey asks a series of extremely personal questions ranging from your precise income to how you spend each day at the office, even down to what time you leave your home. "It also asks whether, 'because of a physical, mental or emotional condition,' you have difficulty 'concentrating, remembering or making decisions ... walking or climbing stairs.. doing errands alone such as visiting a doctor's office or shopping... or dressing or bathing," according to the New York Post. Really? And, if you refuse to complete it, you may be subject to a $5,000 fine. It is little wonder that so many people find the 21-page questionnaire a tad intrusive.

* ... CRIME: I took a week off to attend a wedding on the east coast, and twice while I was gone I learned of homes in the downtown area and La Cresta being burglarized. In the case downtown, the intruders busted in the door (a common form of entry) and made off with jewelry, a TV, computers, cameras and cash. Molly Busacca, one of the owners of Secure (alarm) Systems, told me that wireless key fob panic buttons have become very popular and can be added to most systems. "We have seen a large number of break-ins through master bedroom windows," she said."If the system does not have a glass break detector the alarm will not send a signal." And of course, she recommends an active neighborhood watch program where everyone looks out for each other. Sound advice. 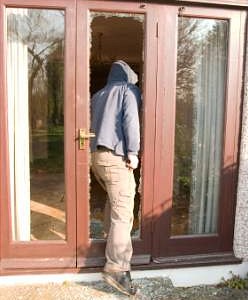 * ... KIA COMMERCIAL: Do you remember the "Where do babies come from?" Super Bowl commercial featuring a pair of adorable toddlers in a forest? It turns out one of them has a Bakersfield connection. According to reader Christine Nichols, the curly headed toddler in the diaper is her great grandson, 1-year-old Blake Moore. His father, Brandon Moore, is a 1997 graduate of West High School and later Cal State Northridge. He and his wife Ginger now live in Long Beach. The commercial was promoting KIA cars.

* ... HOMELESS: Susan Castro wrote about a homeless man who lives our near Snow Road. "He parks in different locations, and it is not easy for him to take charity.  But by definition charity is benevolent goodwill toward or love of humanity; generosity and helpfulness especially toward the needy; public provision for the relief of the needy; and lenient judgement of others... It is a privilege to be in a position to help those in need."

* ... PANHELLENIC: There is a big meeting coming up for the Kern County Panhellenic group, an organization devoted to bringing women who belonged to sororities together. It is set for Monday, March 4, at 11:30 a.m. at The Petroleum Club. Carolyn Pandol and Marianne Keathley are organizing the event to celebrate "International Badge Day," an annual event "during which sorority women everywhere honor their Greek affiliations." The cost is $30 a ticket. Make checks payable to Kern County Panhellenic, in care of Estrella Sistual, 9904 Kearney Hills Drive, Bakersfield, Ca. 93312.

* ... DID YOU KNOW? Did you know that Wilma Jeanne Cooper, better known as Jeanne Cooper of the long running soap opera Young and the Restless, is a 1946 graduate of East High School? She is the winner of 10 daytime Emmys and also has a star on the walk of fame in Hollywood. Her son is Corbin Bernsen, a movie star in his own right. Jeanne was born in Taft in 1928. Thanks to Rick Van Horne for this tidbit. 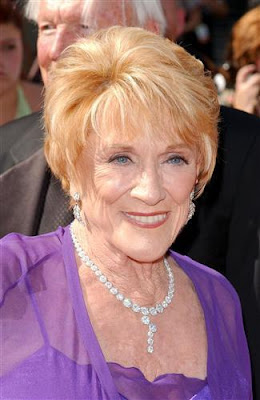