* ... NEW JOB: Bart Hill, the last president and chief executive officer at the old San Joaquin Bank, has returned to banking with a new job. Hill is now vice president and regional manager for United Security Bank, a Fresno-based financial institution with two locations in Kern County. USB is

a 25-year-old full service community bank with offices up and down the San Joaquin Valley that puts an emphasis on commercial lending. Previous to this, Hill worked in the development offices at Cal State Bakersfield. He said he is "excited to return to banking and will be helping USB perform the traditional role of a community bank, which is simply working to make Kern County a better place to live. I look forward to continuing my community involvement and encouraging the participation of USB employees." 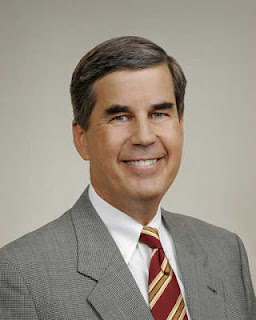 * ... LITTER: The problem with litter in our community seems almost intractable, but reader David Losa suggested something different from his experience living in Utah: a vacuum truck on the road to pick up trash. "It was no different from a trash and garbage collector truck. But instead of forks to empty dumpsters and big clamps to empty trash cans, the trucks had vacuum and suction hoses controlled by the operator to pick up litter. If our city could procure this equipment that would mitigate the safety issues related to directly exposing personnel to vehicular traffic, risk of contacting valley fever from working outdoors and speed up the operation." 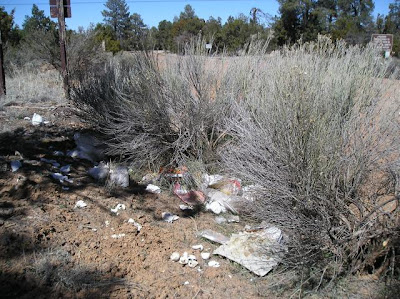 * ... LEAST ROMANTIC: Bakersfield has made another list, this time ranking as one of the "least romantic" cities in the nation. That is according to the movie rental company Redbox, which compiled its list based on the total number of "romance related" movie rentals last year. The most romantic cities were Marquette, Mich., Greenville, N.C., La Crosse, Wis., Ames, Iowa and Greensboro, N.C.  The least romantic list included Laredo, and Midland, Texas, El Centro, Ca.,  the Texas cities of Victoria,  Odessa, McAllen and Houston, Bakersfield, Fresno, and finally Beaumont, Texas.

* ... CRIME WATCH: This idea comes from a reader who asked to remain anonymous. Leaving your garbage bins on the street all day advertises to would be burglars that no one is at home. On garbage pickup day, designate someone on your block to make sure all the containers are removed quickly after the the trucks make their rounds.

* ... BANDUCCI'S: Inez Coronado was mentioned in this column as someone who worked at the old Banducci's Corner. She reached out to me to share her story: "I started to work there when I was 20 years old. My mother, Kathy Lewis, was working there at the time. I have some wonderful memories about customers and co-workers. Julie Banducci and Lee Stanley were some tough bosses, but were some of the best.  One of my most favorite memories is having my daughter tell me, as an adult, that she loved having me come through the door after getting off work at Bnaducci’s because I always smelled of spaghetti. Some co-workers from Banducci’s still get together at Christmas time. I met the most wonderful people I will always remember. Some of these folks now frequent Doubletree where I have worked since shortly after Banducci’s closed its doors  I could write two books, one for Banducci’s and one for Doubletree. What a wonderful way to spend your career, to meet wonderful caring people every day of your life."

And here I always thought leaving my trash can out announced to the world I was lazy. :)

...um, I have to think at least a few folks would have to take exception to Bart Hill being back in banking. Bart is not exactly the poster boy for fiscal responsibility. If he were, San Joaquin Bank might still be around.

Least romantic? All u need is a little creative ambition and any place can be romantic.