State Sen. Michael Rubio resigns from the State Senate, citing a need to spend more time with his family


State Sen. Michael Rubio, a Bakersfield Democrat and one of the rising stars in the California Legislature, abruptly announced his resignation from the State Senate this morning, citing a need to spend more time with his family.
Rubio's announcement was unexpected and it will leave Senate District 16 vacant for the time being. Rubio told me he will be joining Chevron Corp. as manager of Californian governmental affairs, based in Sacramento.
"My wife and I have been blessed with two beautiful daughters, from whom we have learned a great deal," he said. "Our youngest child, who has special needs, has given me great perspective as to life's priorities and our eldest has reminded me that the most critical decisions are made at home and not under the Capitol dome."
I spoke with Rubio this morning, and he told me "I have simply missed too many parts of my girls' lives. I am just not around my girls enough."
Last year Rubio toyed with the idea of running for Congress, but dropped out of that race after the birth of his second daughter, who has special needs. He was generally regarded as the odds on favorite to win the Congressional race.
Rubio built a reputation in Sacramento for reaching across the aisles and for his work on trying to reform the California Environmental Quality Act. 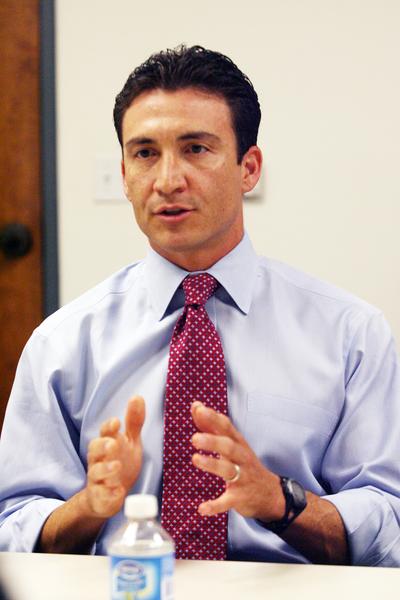 Posted by Richard Beene at 9:55 AM