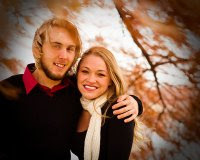 Local friends will hold a memorial service in Kroll Park this Sunday for Troy Marschang, the former Bakersfield teen who was killed in a Texas car accident. There was a wonderful paid obit in today's Bakersfield Californian that paid tribute to Troy and the amazing life he led. After attending grade school and junior high in Bakersfield, Troy moved to Kuala Lumpar with his father, became senior class president and then earned an academic scholarship to Texas A-M University. His friends have set up a Facebook tribute to Troy (see the details here). At the end of his obituary, his family left this cautionary tale:

"For Troy's sake and your family and friend's sake, wear your seatbelt. Troy failed to negotiate a turn and his vehicle rolled several times. He was ejected from the vehicle since he was not wearing his seatbelt. While there was speculation that he may have fallen asleep, a seatbelt likely would have saved his life."
Posted by Richard Beene at 9:33 AM